A few days ago, vivo said it would introduce the S15 and S15 Pro in China today, but it turned out that the company was referring to the announcement of the launch date of both smartphones, which is May 19.

The S15 and S15 Pro will be unveiled this Thursday at 7pm local time in China and they will be joined by new wireless earphones dubbed vivo TWS Air.

vivo hasn’t revealed much about the S15 or S15 Pro yet, but the poster shared by the company today shows us one of the smartphones. 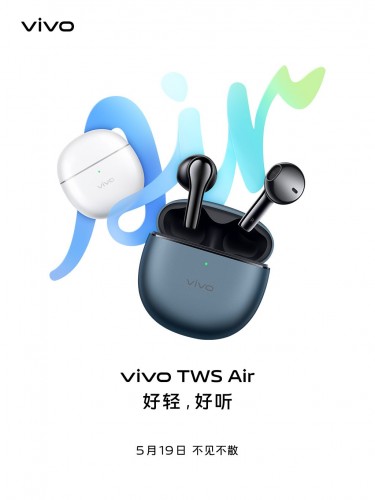 Previously, vivo shared the camera samples of the S15 and S15 Pro, and the company’s VP confirmed that the S15 series comes with 80W charging, a flagship chip and OriginOS.

While we wait for vivo to officially detail the S15 and S15 Pro spec sheets, you can head over here to check out the S15 Pro specs revealed by TENAA, and here for the S15 specs.